I think we’ve all experienced cracked hands in the winter. Not to be gross, but it’s just what happens when cold weather comes around and naturally takes a toll on our skin. We constantly use our hands, making cracks and dry flakes feel all the more painful. However, you don’t have to endure this common skin concern year after year. While there are tons of remedies on the market, I’ve only ever found one that actually works.

My ultimate skin savior is Neutrogena’s Norwegian Formula Hand Cream. After years of trying products that smelled weird, left my hands slimy or straight up didn’t do anything, I did my research and came across this game-changing product.

You might think I’m being overdramatic, but I’ve been using it for a few years now, and I’ve even gotten my mom, sister and friend hooked. Trust me, with this wondrous product, you won’t ever need another hand cream again, and you most certainly won’t go through winter with dry skin any longer.

“I’ve tried dozens of lotions, but this is the only one that fixes cracking and splitting on my hands,” wrote one shopper who gave the product a perfect rating. 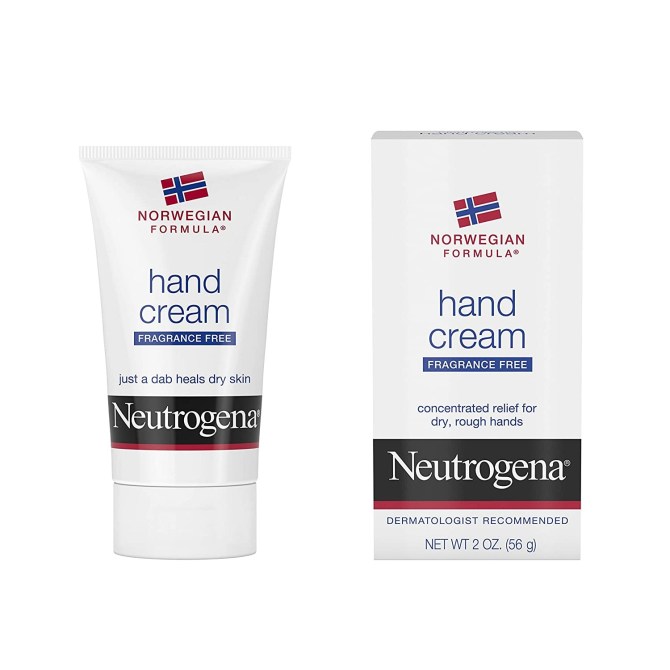 
You’ve likely never heard of this under-the-radar hand cream, but it’s actually been around longer than you. Let us explain. Going decades and decades back, Norwegian fishermen dealt with extremely chilly weather conditions. So when their hands would get chapped in the cold, they decided to create a glycerin-powered hand cream.

According to the brand, in 1969, Lloyd Cotsen, then president of Neutrogena, was in charge of advertising the fishermen’s O.G. recipe. After rubbing the fishermen’s concoction onto his hands, the dryness immediately vanished. And that, folks, is how Neutrogena’s Norwegian Formula Hand Cream came to be.

That’s quite the story, but you’ll just have to try the arctic fishermens’ formula for yourself. It contains a high concentration of glycerin—40 percent, to be exact. It’s so strong that you really only need a tiny dot. According to Neutrogena, each tube holds 200 applications, meaning you’re good to go for the entire winter (and beyond).

The formula is also hypoallergenic, non-comedogenic and fragrance-free. Heck, it’s even certified by the National Eczema Association, so you know it’s even suitable for super sensitive skin.

The product has earned a 4.8-star rating on Amazon, with 1,500 reviewers giving it a perfect score.

“This is my favorite hand cream and has been for many years,” wrote one shopper. “I always have it around, leave tubes around the house and carry them on the go. It does the job and lasts a long time,” they added.

“I have super sensitive skin (acute dermatitis) that acts up only on my hands. My dermatologist recommended this for me for daily use and I LOVE it,” wrote another shopper. “I now keep a tube in just about every room and one in the door of my car!”

For instant, lasting hydration and silky smooth hands, try Neutrogena’s Norwegian Formula Hand Cream. You might as well stock up now with this six-pack, since we’ll bet a million bucks you’re never going to use another hand cream again.