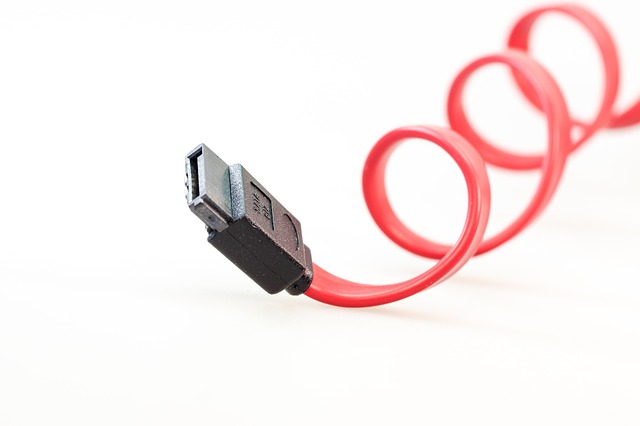 We know that sunscreen can prevent DNA damage to skin cells caused by UV light. We also know that UV light is the number one cause of premature skin aging. That’s why skincare experts recommend applying a generous amount of SPF each day, no matter rain or shine.

However, recent reports have called the safety of sunscreen into question for some consumers. There was an independent analysis that found 78 sunscreen and after-sun products to contain high levels of benzene, which is a known carcinogen. Before that, a study published in the Journal of the American Medical Association found that other chemicals in sunscreen were absorbed into the bloodstream at levels potentially higher than previously believed.

This all sounds very scary, but what do these findings really mean? What are the implications for you? In this post, I’ll discuss the safety of sunscreen with the help of Dr. Ranella Hirsch, a board-certified dermatologist and former president of the American Society of Cosmetic Dermatology, and Valerie George, cosmetic chemist, and co-host of Beauty Brains Podcast. I’ll also share why, despite the recent sunscreen news, I choose to wear SPF every single day.

What You Should Know About Sunscreen

First things first. Did you know that sunscreen is classified as a drug by the FDA? This means it’s highly regulated and continuously tested for safety. It goes through rigorous studies and clinical trials. That’s not even to mention decades of real-life safety that has been demonstrated as we’ve used these active ingredients over time. There are always people working behind the scenes to make sure products continue to be safe for personal use. Also, the FDA only allows a relatively small set of actives to be used in sunscreen in the United States. That means we keep getting more and more safety data to back them up.

What Are the Basics?

Let’s start with the most recent sunscreen news—the reports of high levels of benzene being found in specific SPF products. This news was published in an independent analysis by Valisure. They tested a variety of brands and batches of sunscreen and found 27% contained detectable levels of benzene. Some batches contained up to three times the FDA concentration limit of 2 parts per million. Since benzene is a known carcinogen, many consumers felt concerned.

Here’s the thing. Some people are under the impression that sunscreen is intentionally formulated with benzene. This is not true. “A lot of the concern was a byproduct of some poorly handled news reporting,” Dr. Hirsch says. “Benzene is not an intentional sunscreen ingredient.”

What Should I Know?

According to George, benzene is actually one of the most fundamental compounds in organic chemistry. On its own, it’s a carcinogen, but when it is paired with other molecules, it isn’t. “It is one of the building blocks that are used to make many other compounds, both in nature and in synthetic chemistry,” George says. In fact, benzene is the base structure for many compounds that are naturally occurring in our own bodies. Plants even produce benzene-based molecules, like fragrance compounds.

“While some sunscreen compounds come from benzene chemistry, there’s no real reason why it should be present in the levels that were found in the product, so for me, it’s some contamination coming from the manufacturing process or something that’s residual from the equipment,” George says. “It shouldn’t be in sunscreen formulas—actually, it shouldn’t be in any products, period. It’s something that is highly regulated on a global level, no matter what geography you’re in.”

So, knowing that, people should not be under the impression that it’s intentionally included in sunscreen. Not only is it not permitted, but it offers no real benefit to a product. It’s not an emollient, an emulsifier, or a preservative. There’s no function for it. This was a case of a contaminant and nothing more.

This doesn’t mean you should stop wearing sunscreen—not in the slightest. “Sunscreen is a product whose sole purpose is to protect. It is proven to reduce the risk of skin cancer,” Dr. Hirsch says. “UV is a known class one carcinogen. Fact. This was a contaminant, it happens. Cars have recalls, but we don’t stop driving.”

That’s why I wear sunscreen every day, without fail. I started wearing sunscreen consistently in my 20’s, which was when I formulated Weightless Protection SPF 30. Back then, skincare was much more reactive than proactive. People tended to focus more on getting rid of wrinkles and sun damage once they appeared instead of preventing them altogether. These days, people are much more proactive about their skin health. Sunscreen is absolutely critical to that. That’s why I apply it each morning. I’m also diligent about reapplying it throughout the day and wearing sun-protective clothing when I’m outside.

Unpacking the FDA Study on Sunscreen Chemical Concentration in Blood

What Are the Basics?

There was another report that called the safety of sunscreen into question for some people. It was an FDA study that showed sunscreen chemicals stayed in subjects’ blood for about a week after they stopped applying sunscreen. Concentrations continued to rise over the course of the study. People were understandably concerned when they read these headlines, but just like with the independent analysis, it’s important to put information into context.

What Should I Know?

First of all, the fact that an ingredient ends up in our bodies does not inherently mean that it is toxic or harmful. Second, this study was done under maximal use conditions, meaning subjects applied the amount of sunscreen they actually need to reach the SPF rating on the label. This amount is 2 mg of sunscreen per cm^2. To give you an idea, that’s at least a very full shot glass of sunscreen, depending on the surface area of your body. That’s a lot more than most people generally use, and these subjects applied that amount four times a day for four consecutive days before their blood was tested.

Don’t get me wrong. This is definitely the amount of sunscreen you should be wearing if you’re walking around on a beach all day in a bathing suit, but for most of us, that’s not what a typical day looks like. The sample size for this study was also very small, and there were many factors that weren’t controlled making it hard to draw a firm conclusion.

The authors of this study were not calling the safety of sunscreen into question. In other words, they were not suggesting that chemicals in sunscreen are dangerous. They certainly weren’t suggesting that you stop wearing sunscreen. Instead, this study showed chemicals in sunscreen can be absorbed into our blood at levels that triggered FDA requirements for more safety data. This basically means that going forward, manufacturers will have to perform even more tests and provide the FDA with better data so researchers can make sure these ingredients are safe for long-term, daily use. The FDA is also looking into updating its regulatory requirements for sunscreen, including how it is labeled. If anything, this response is comforting because it demonstrates how seriously the safety of these products is taken.

So, Where Does That Leave Us?

From a safety perspective, in the United States, we have the Cosmetic Ingredient Review Board. In the European Union, it’s the Scientific Committee on Consumer Safety. These are independent groups of scientists reviewing the safety of all these ingredients from all over. I can assure you that people are actively working to ensure the safety of your sunscreen. As George puts it, “ingredients are safe. People can trust that.”

In fact, if there’s anything these recent reports can tell you, as the consumer, it’s that chemists, doctors, and scientific researchers are working passionately to make sure we know everything about the safety of the compounds we put into and onto our bodies. While some people may truly believe that cosmetics are dangerous, the truth is that it’s not in a brand’s best interest to harm its customers.

It’s part of my job to stay on top of new findings that are relevant to your health and safety and to provide you with accurate information to the best of my knowledge. I am always researching this, and at the end of the day, I also want to be safe. If there was something alarming to me, I would certainly be talking about it. As always, I will continue to update you and share information as it becomes available. In the meantime, keep wearing sunscreen. Skin cancer is the most common cancer in the U.S. (I even had my own skin cancer scare), and the dangers of overexposure to the sun are well-documented. Sunscreen is a key component of protecting yourself from UV damage and should always be used, along with other sun protection measures.

What Kind of Sunscreen Should I Use?

With that being said, I don’t think you should necessarily focus on the type of sunscreen you use. Instead, find one that you like (it’s that simple!). This will ensure you wear it regularly. As Dr. Hirsch puts it, “the right one for you is the one you will use.”

Next, read all about “clean beauty” and the safety of other skincare ingredients!

The post Here’s What Skin Experts Want You to Know About the Safety of Sunscreen appeared first on Expert Skin Advice from Renee Rouleau.