BETTER TOGETHER: CELEBRATING OUR COMMUNITIES 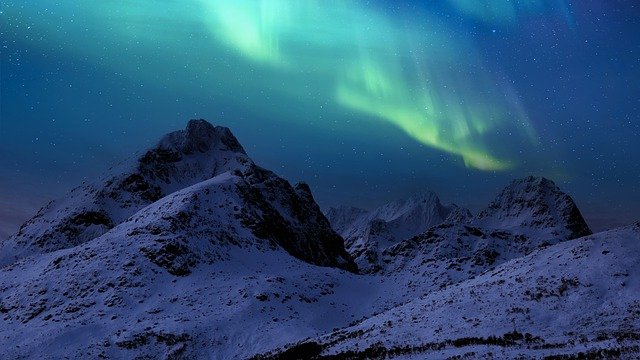 As we begin to unfurl our sofa-bound bodies and flex our social muscles once more, I’ve taken a moment to think about how our communities have never felt more important, why we find it so reassuring for people to rally round us, and the potential power we can unlock should we use our communities as a force for good.

As I introduced myself to a new colleague on a team call – characteristically talking far too fast for her to actually take anything in – I noticed another new face in my line of vision. “Is that a fox in my neighbour’s window?!” my now distracted brain screamed at me. Once the meeting finished, my curiosity drove me downstairs and out the door for a closer look at number four’s newest resident.

Neighbours gathered and baffled bypassers slowed to a halt, as an eclectic congregation stared in disbelief at the incongruous creature in the window, all feeling a real sense of belonging, a shared purpose – to free this fox from that first floor flat.

Eleven hours – of sharing knowledge, exchanging materials (it turns out that ladders can only get you so far before trespassing laws rear their heads) and feeling sorry for the kindly neighbours whose curtains had been torn to shreds by our furry ginger friend – went by before the police eventually broke in to let the poor fella out.

As we watched it scurry down the street, the dog-like detainee finally free from its unconventional domestic prison, why did disappointment – much like the fox and that curtain fabric – thrash around destructively, tearing holes through the threads of my elation?

Well, it’s pretty straightforward. When groups of people with similar interests, ambitions and passions rally together on a joint mission, their force is not only naturally so much stronger than that of the individual, but being part of something simply feels good. I mean, have you ever sung until your voice cracks at a concert, a shared thirst for fun and the music pumping through your bodies drawing you – like ends of a magnet – closer to these hundreds, or even thousands, of other humans? There’s something about a crowd moving and singing and dancing in tandem that feels electric – community gives us energy and makes us feel charged, alive and present.

If it weren’t for our ability, as a human race, to forge connections and establish communities with common hopes and wants and loves, where would we be? Being part of a community is said to help us avoid stress, and it’s even been suggested that having a strong social network is a crucial key to living a longer life.

In his book Sapiens: A Brief History of Humankind, Yuval Noah Harari claims that the actual survival of the human race (and its prevalence over other species) can be accredited largely to our unparalleled capacity for communication and community building. About 70,000 years ago an evolutionary mutation meant that we were able, for the first time, to cooperate efficiently in large groups using a unique and complex language.

“Ants and bees can also work together in huge numbers, but they do so in a very rigid manner and only with close relatives,” explains Harari. “Wolves and chimpanzees cooperate far more flexibly than ants, but they can do so only with small numbers of other individuals that they know intimately. Sapiens can cooperate in extremely flexible ways with countless numbers of strangers.”

He suggests that our capacity for language, gossip and story-telling has fostered an ability to bond not just as small groups living in geographically close quarters, but as monumental swarths of people sharing a collective purpose. Whether it be religion or competition or adoration – think Helen of Troy’s face launching a thousand ships – we all have a longing for belonging to something bigger, to have something magnetising in common drawing us closer, forging connections for us.

But the power of community isn’t always used in a way that should be celebrated. Whether you’re a fan or a cynic, it’s undeniable that the energy bounding through the streets after a momentous match of football is true testament to togetherness, but although it originated as a sport which unified the working class, the occasional fury of its fans provides evidence of forces of community that shouldn’t be celebrated.

The reaction in the UK to the Euros Final result showed us that two hugely powerful communities – football fandom and the internet – could band together and create barbaric results. Vogue Columnist and Instagram inspiration, Raven Smith, noted that “football is a bit like religion, both are based on goodness (offering community and camaraderie), yet atrocities are performed in their name.” So, how can we ensure that we’re channeling feelings of togetherness towards a force for good?

As much as one single person can and has instigated real, effective change even in our lifetimes – fifteen year old Greta Thunberg isn’t shy of saying it louder for the people in the back – if we come together with our communities, whether they be virtual, familial or seemingly dysfunctional, we can achieve so much more.

They say ‘it takes a village’, but a village of people itself doesn’t warrant much remark, were it not for the way they unite for a shared purpose, join forces and dish out their love, care and attention for whoever needs it most at any given time. Our willingness to put others before ourselves is what sets us apart from other species. We’re stronger together, that much is clear, but imagine if we only coursed that communal energy into repositories of positive change.

Ryan Holiday in The Daily Stoic states that “civilisation and country are great projects we build together and have been building together for millennia. We are made for cooperation (synergia) with each other.” Community is our purpose, so rather than tear people down, let’s use it to build a better home.